How to Import UI Identifiers?

We can do the following operations here:

Click on the Import button to open the Import UI Identifier Dialog which appears as shown below: 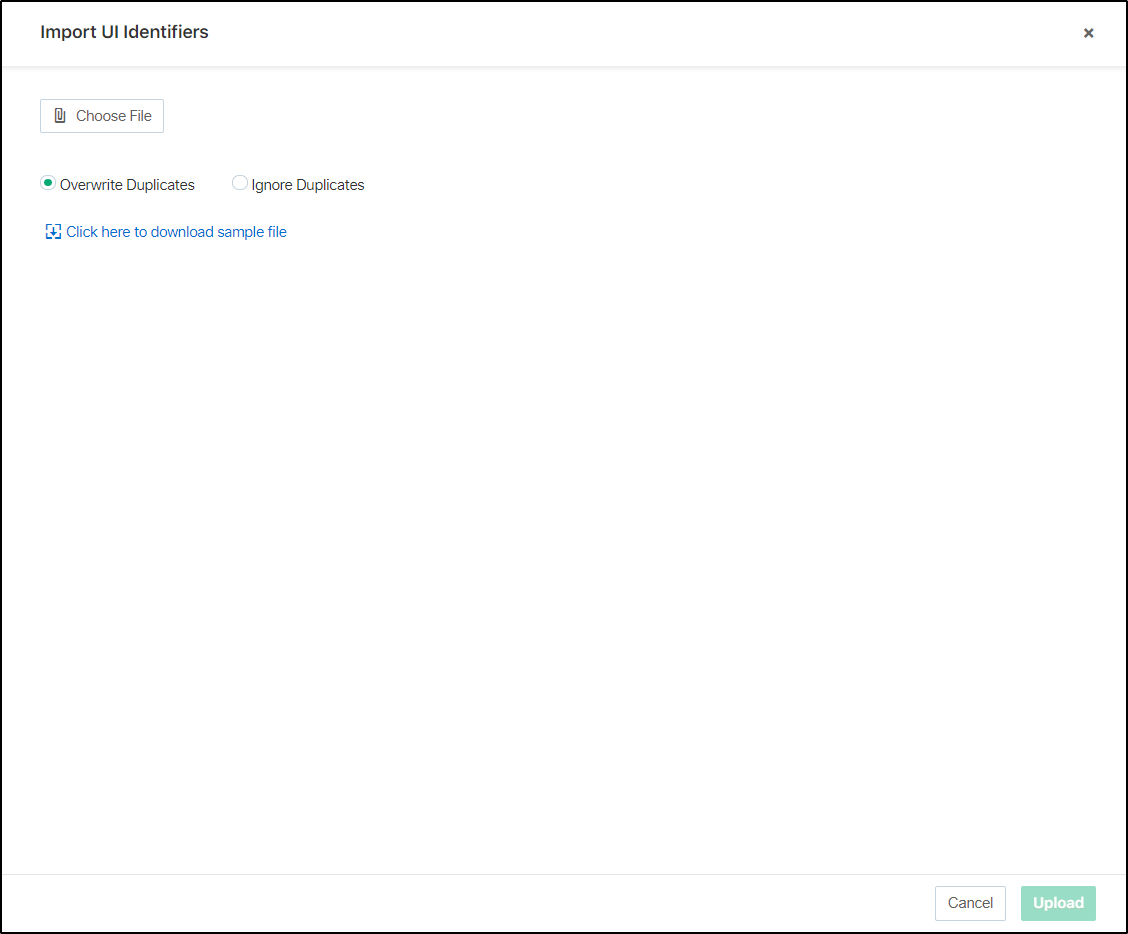 Choose File: Choose the Excel file containing the UI identifiers and click on Upload button to upload the file.

R
Rukmangada is the author of this solution article.